All locations have now reopened! 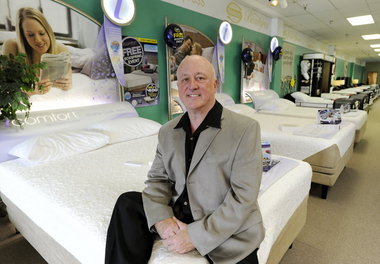 I can't believe it's been 18 years since I started Bedzzz Express. It seems like just yesterday, I was dreaming of owning my own business. Today that dream is a reality.

A lot has changed in those 18 years when it comes to the industry and our company.

One big thing that has changed dramatically is the distribution channel. Eighteen years ago, a store that sold only mattresses was a new idea. You didn't see a lot of specialization like that back then.

Today, mattress stores are very popular and you see them everywhere. I think it's better that way because we have really been able to raise people's awareness about how a good mattress can improve their health, sleep, romantic life and more. People have also realized you have to spend more money to get a good mattress.

Tempur-Pedic is also to thank for that. They really put the mattress industry on its head. Ten years ago, a top of the line, queen-size mattress was $999. Then Tempur-Pedic came on the scene, and their bottom of the line model started at $1,999. Now they go up to $7,000. Others like Sealy, Simmons and Serta followed suit and started making better mattresses.

At Bedzzz Express, one big difference is also that about four years ago, we had a huge change, which was we started franchising. That was a whole new ball game that made a huge difference for us.

Owning my own business is a dream come true, but a lot of responsibility comes with it. There's a lot of pride too, knowing that I've been able to employ close to 100 people and have an impact on their lives.

Eighteen years ago, we started with a logo that said "Bedzzz Express, where dreams begin." Today, I've fulfilled my original dream and been able to go even further with it!

Stay up to date on Sales

Welcome to our website! As we have the ability to list thousands of items on our website (our selection changes all of the time), it is not feasible for a company our size to record and playback the descriptions on every item on our website. However, if you are an American with a disability we are here to help you. Please call our disability services phone line at 850-932-2250 during regular business hours and one of our kind and friendly personal shoppers will help you navigate through our website, help conduct advanced searches, help you choose the item you are looking for with the specifications you are seeking, read you the specifications of any item and consult with you about the products themselves. There is no charge for the help of this personal shopper for any American with a disability. Finally, your personal shopper will explain our Privacy Policy and Terms of Service, and help you place an order if you so desire.